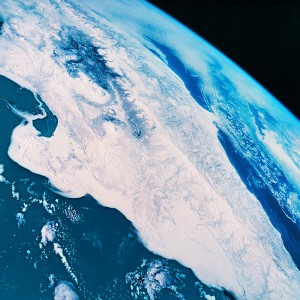 The Earth Institute seeks not only to research the relationships between diminishing natural resources, pollution, and climate change and their effects on extreme poverty, but to bridge theory and practice. Since 2009 the Earth Clinic has been the Earth Institute’s main practice instrument, offering science-based assistance for pressing issues in developing countries through creative responses devised by professionals in the field. Much of the Earth Clinic’s work is derived from current Earth Institute projects, and the Earth Clinic transforms findings from these projects into practicable goals. This year’s group of Earth Clinic projects is diverse and ambitious, and promises to effect change for people all over the world.

Lamont-Doherty Earth Observatory research professor Brendan Buckley leads a project that addresses several critical issues pertaining to the livelihood of the indigenous population of the southern Vietnamese tropical highlands and their effect on the biodiversity and health of the forest ecosystems in three national parks. As the primary users of the plant and animal resources in these national parks, the local population’s needs can run contrary to conservation goals. And with no alternative options to sustain survival, enforcement is complex. Buckley and his team work with the park service and governing institutions to educate park staff and local inhabitants as well as to construct a walking trail. These dual goals seek not only to increase the participation of the area populace in park institutions, but to establish and encourage a productive relationship between park staff and indigenous locals.

As the principal investigator at the Millennium Development Goals Centre of the Earth Institute in Dakar, Senegal, since 2010, Dr. Hervé Bertin Bisseleua Daghela is extremely familiar with the micronutrient deficiency from which so many residents of the MDG village of Potou and the surrounding areas suffer. Studies from the Millennium Villages Project have shown that many indigenous crops fare better in the area’s difficult conditions and are more nutrient rich than some others, but overcoming cultural bias and disseminating this knowledge, as well as the seeds themselves, has been problematic. Dr. Daghela’s project will both quantify the importance of these crops, as well as begin educating local university students studying agriculture and nutrition and the public at large.

Two of this year’s projects seek to improve the lives of Indians. Columbia Business School assistant professor Emily Breza leads a project aimed at helping rural Indians to save more money, educating them about the available options and techniques, with the long-term goal being to fortify their ability to respond to market shocks. Columbia University associate professor of political science Johannes Urpelainen leads a team seeking to provide poor households without electricity in Uttar Pradesh’s Unnao district with the renewable energy of a solar home system (SHS). Upon completion, Dr. Urpelainen intends to expand the project to give power to even more rural Indians.

The Earth Clinic also funds projects that continue the work of previous years or deepen understanding of a previously explored topic. In fiscal year 2014, the Earth Clinic funded a project aimed at exploring how the results of evaluations of previous malaria interventions affected the decisions of policy makers after the fact. This year’s project, led by Derek Willis, research affiliate for the Center for Research on Environmental Decisions, and co-principal investigator Sabine Marx, will explore how forecasts of impending malaria interventions affect the decisions of policy makers by examining the behavior of the Tanzanian Ministry of Health.