Earth Institute faculty members contribute to the dissemination of Earth science and sustainable development knowledge in a number of ways, and this year three of them published books about their critical research. 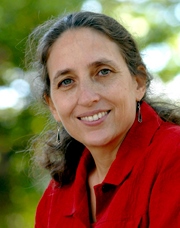 Look at any satellite image of Earth, and the effect of humans on the landscape and environment is plain to see. In her new book, The Big Ratchet: How Humanity Thrives in the Face of Natural Crisis, Ruth DeFries—Denning Professor of Sustainable Development; professor of ecology, evolution, and environmental biology at Columbia University and the Earth Institute’s Center for Environmental Research and Conservation (CERC); and co-director of the Earth Institute’s undergraduate program in sustainable development—explores how humans have come to dominate the planet, using newfound ingenuity to solve each rising threat to our expansion. DeFries argues that we have continually created new technologies that allow our numbers to grow. But each new invention has created a new problem—which we solve with yet another innovation that creates the next problem. In The Big Ratchet, DeFries explores the idea of whether we will be able to sustain this so-far-successful cycle past the great leap in technology and population of the last century. 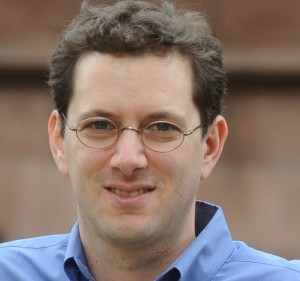 Atmospheric scientist and native New Yorker Adam Sobel, a professor at Columbia University’s Engineering School and Lamont-Doherty Earth Observatory, wrote Storm Surge: Hurricane Sandy, Our Changing Climate, and Extreme Weather of the Past and Future after living through Superstorm Sandy’s devastation. An expert in extreme weather, Sobel was a presence in the media before and during the event—interpreting the forecast and the storm’s evolution—as well as afterward, when questions focused on whether climate change had played a role and how the city and surrounding region should prepare better for future storms.

Peter Coleman, professor of psychology and education at Teachers College, director of the Morton Deutsch International Center for Cooperation and Conflict Resolution (MD-ICCCR), and co-director of the Advanced Consortium for Cooperation, Conflict, and Complexity (AC4) at the Earth Institute, co-authored Making Conflict Work: Harnessing the Power of Disagreement with Robert Ferguson. Leading experts in the field of conflict resolution, Coleman and Ferguson discuss the power dynamics at play in workplace conflict interactions.